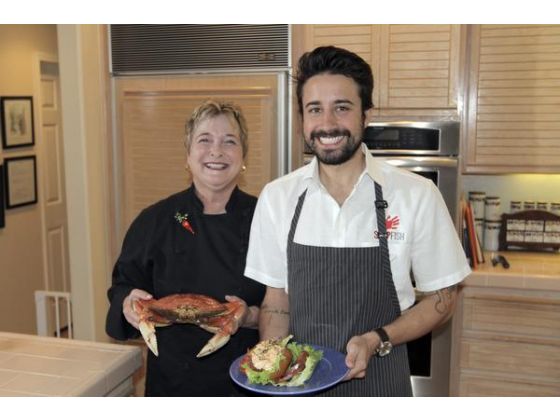 Both versions let the cool, gentle sweetness of the shellfish shine through, the picked meat dressed in a mayo-sour cream mixture that boasts just-right acidity derived from fresh lemon juice and zest. More flavor bling is added with a smidgen of Sriracha hot sauce and Colman’s mustard, plus some snipped, fresh chives and Old Bay Seasoning. For crunchy contrast, the roll is butter-toasted until nicely browned and warm, and augmented with a judicious salad component. Crisp lettuce and sliced heirloom tomato snuggle in before the bun is liberally seafood stuffed.