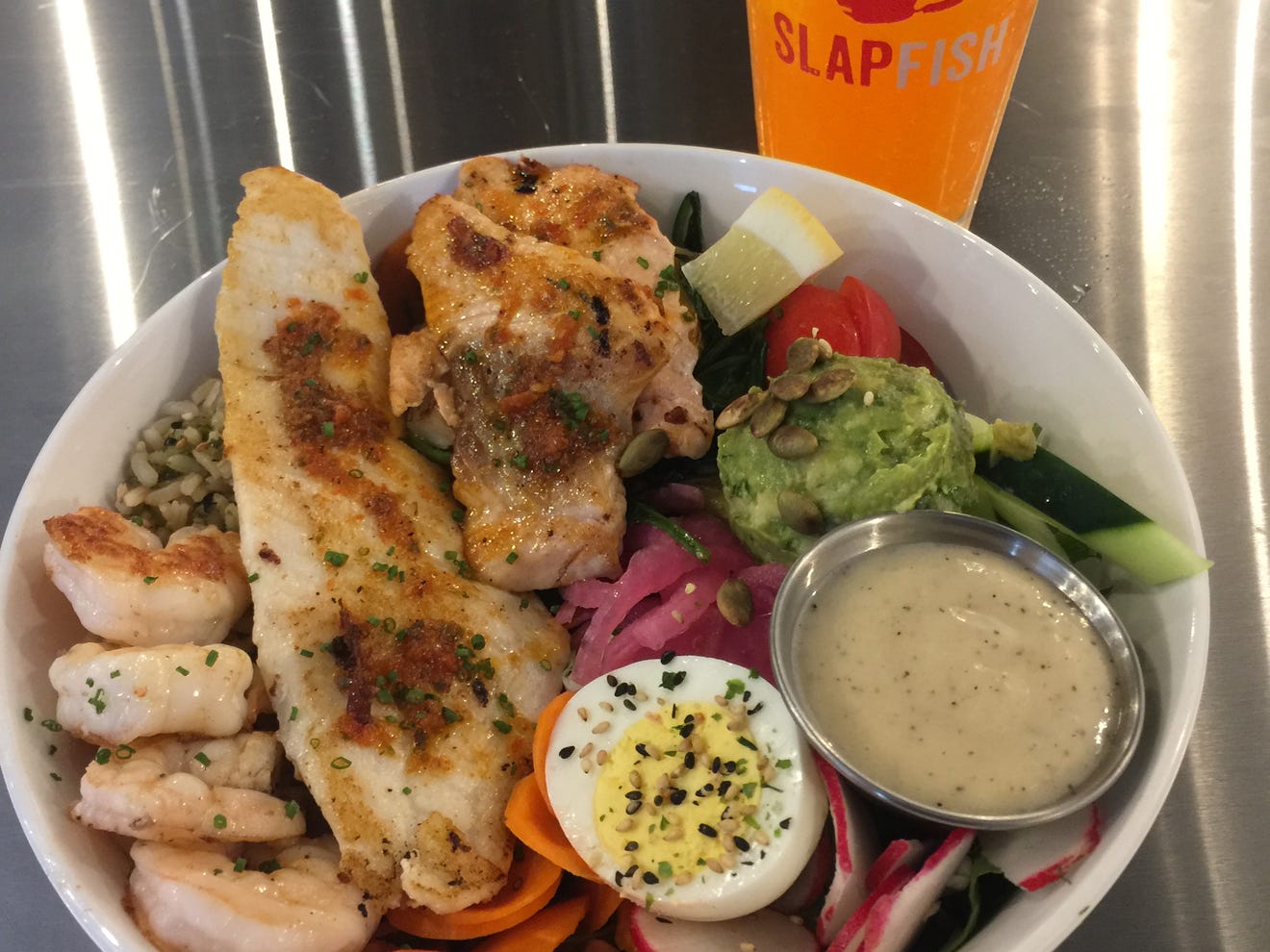 It's from Mark and Lauren Weghorst, who opened the state’s first franchise in his father’s Noblesville grocery store Broccoli Bill’s in July 2019.

Mark’s college roommate, Nick Smith, joins them as a partner at the 345 Massachusetts Ave. store, site of the old Louie’s Wine Dive spot that closed in March.

Opened to provide those craving a seafood option somewhere between white tablecloth service and fast food, the Mass Ave. seafood shack is serving lunch through a counter order system by day and providing table service at night.

All orders are prepared within minutes, so it’s a still good option for carryout, Weghorst said.

And the full bar, offering locally crafted beers, wine and specialty cocktails makes it a nice fit for the fun and casual Mass Ave.

“That’s the atmosphere there. It’s going to pair very well with SlapFish’s menu,” he said. “Where we are, it’s nice to offer that setting where you can have table service.”

It's the newest store link in the Huntington Beach, California-based chain touting sustainability.

"With fish, people want to know where did it come from. Is it wild-caught? Farm-raised?" he said, noting that the lobster is from Maine, the salmon is from Canada, and the tilapia is vegetarian fed and from the Mexico region.

The best seller is the $23 (market price) lobster roll of Maine lobster tossed in drawn butter, mayo and lemon with a side — fries, slaw, chilled or fried pickles, and chips and salsa are options.

And there’s the quirkier Chowder Fries with clam chowder and bacon ($7), Lobster Grinder ($15), and Clobster lobster and crab grilled cheese on sourdough ($16).

Most of the menu items are between $7 and $14. Coke products are on tap.

"I don't like it when prices are too high. I don't want anyone leaving here thinking that they didn't get a good deal," Weghorst said.

The team pulled the project together inside a few months with $600,000, buying assets from Louie's and hiring good workers who were available due to the pandemic, he said.

“I was able to hire and train staff for Mass Ave. at our other store,”  he said. “There are so many good people looking for work.”

About 15 people will work out of the new restaurant initially. About 20 work at the Noblesville shop.

And Weghorst feels he was destined for the place, which seats 90 people when it's operating at 100% capacity. His grandfather went to high school with Kurt Vonnegut, whose portrait is on the side of the building. Around the corner is a building that housed an O’Malia’s Food Market, which had been his grandmother's family's business.

“It just feels like it’s meant to be and I’m at home down here,” he said.

Free wifi is on the way.https://www.indystar.com/story/entertainment/dining/restaurants/2020/07/08/indianapolis-restaurants-slapfish-opens-mass-ave/5369715002/ 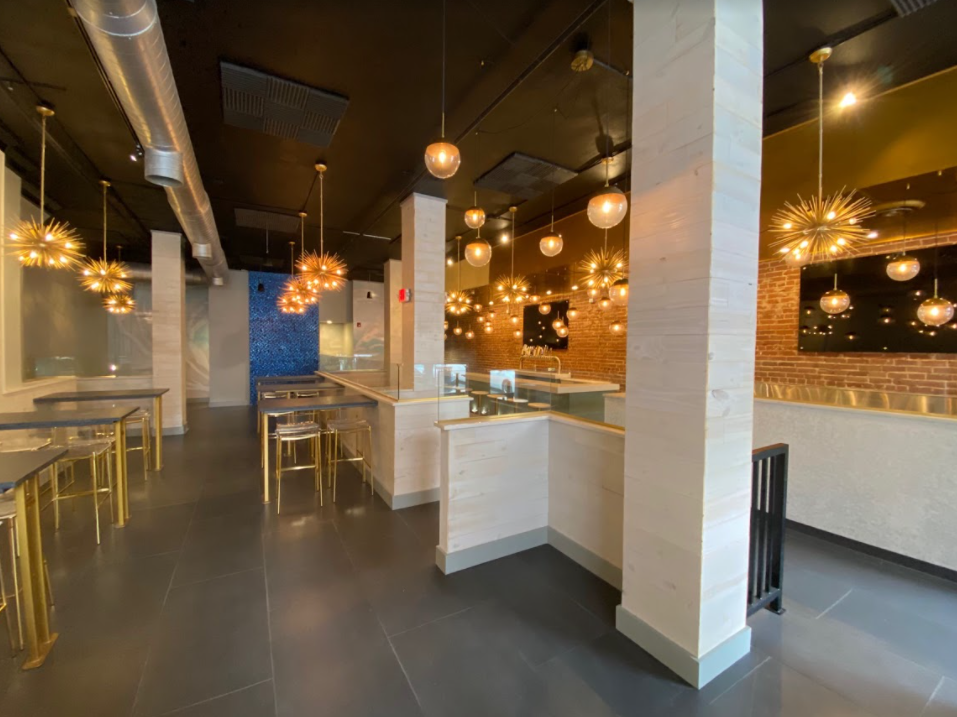 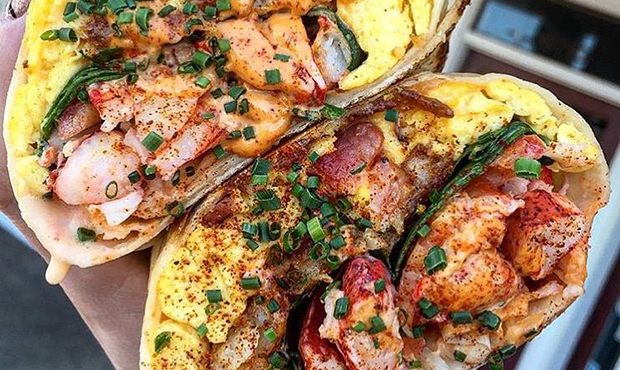 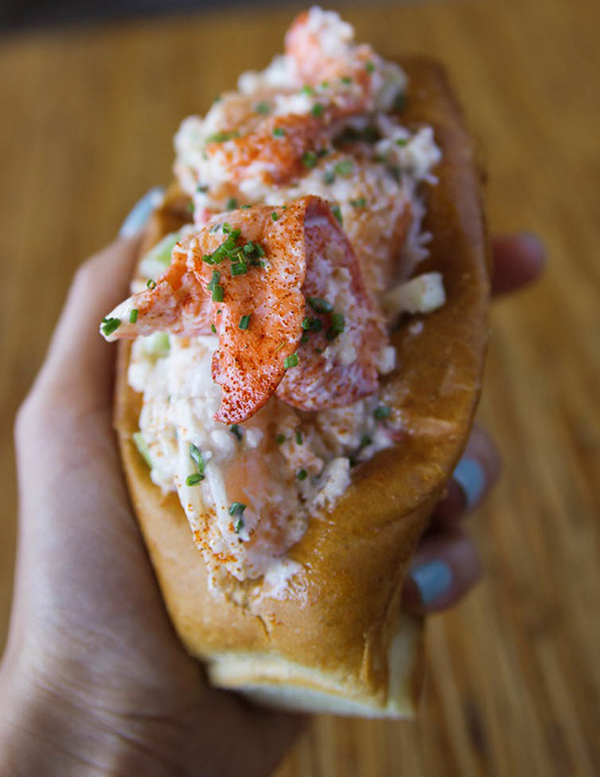