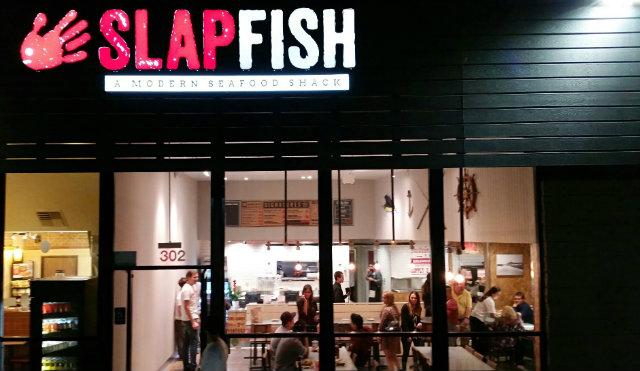 Andrew Gruel's Slapfish continues to inch toward world-domination. Just a few weeks agoCharles and Anne Marie wrote that the sustainable seafood restaurant known for their chowder fries and lobster rolls are taking over Berkeley Dog across from UC Irvine. And about a week ago, they opened their Newport Beach location on the peninsula at 2727 Newport Blvd., next to City Donuts.

This is in addition to the Laguna Beach shop that opened last year, the original in Huntington Beach, and a franchise in Dubai, of all places, which reiterates my point about the world-domination.