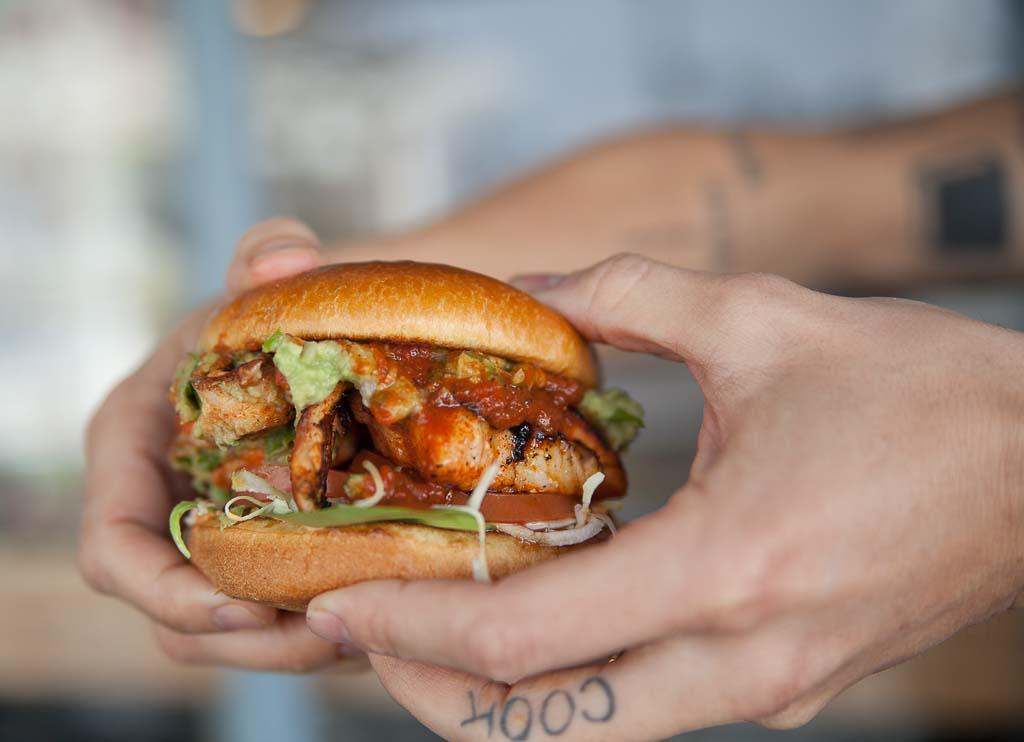 Starting as a food truck that has grown to established restaurant brand with seven brick-and-mortar locations around Southern California, Slapfish is a casual eatery dedicated to sustainable seafood which features a menu that ranges from Baja-inspired fish tacos and shrimp ceviche to East Coast favorites including New England clam chowder and lobster rolls and oft-Instagrammed signatures such as the Clobster grilled cheese with crab and lobster and the Surf N Turf burger which tops a beef patty with lobster, caramelized onions, and cheese.