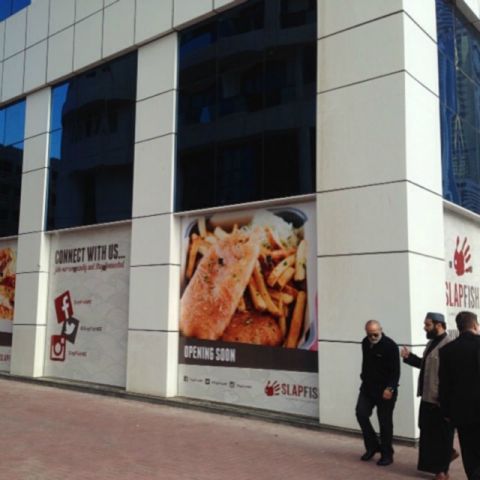 Slapfish, Huntington Beach’s chef-driven fast casual seafood restaurant with an emphasis on serving fresh, sustainable seafood dishes, is building out its first location in Dubai. The Dubai location will be the first Middle East unit to come out of a major master franchise deal that was signed in 2013, under a notable operator/franchisee that has brought other successful restaurant brands over to the region.

The first site, which is currently under construction, is set to open in the Ibn Battuta Mall – where the same franchisee also just recently opened a Flippin’ Pizza location.

The second Slapfish restaurant in MENA will be built off of Sheik Zayed Road, also in Dubai.

The Middle East franchisee, an experienced hospitality and retail group that specializes in both American and Middle Eastern F&B holdings, has a development plan for the region which spans the next 10 years and will open both fast casual and full serve versions of the concept in all of the GCC/MENA countries.

Slapfish is also set to open a 2nd corporate restaurant in Laguna Beach, CA, opening in the coming weeks as well, and is continuing expansion through both franchising and company stores in the U.S., exploring possible real estate sites such as mall and airport locations.