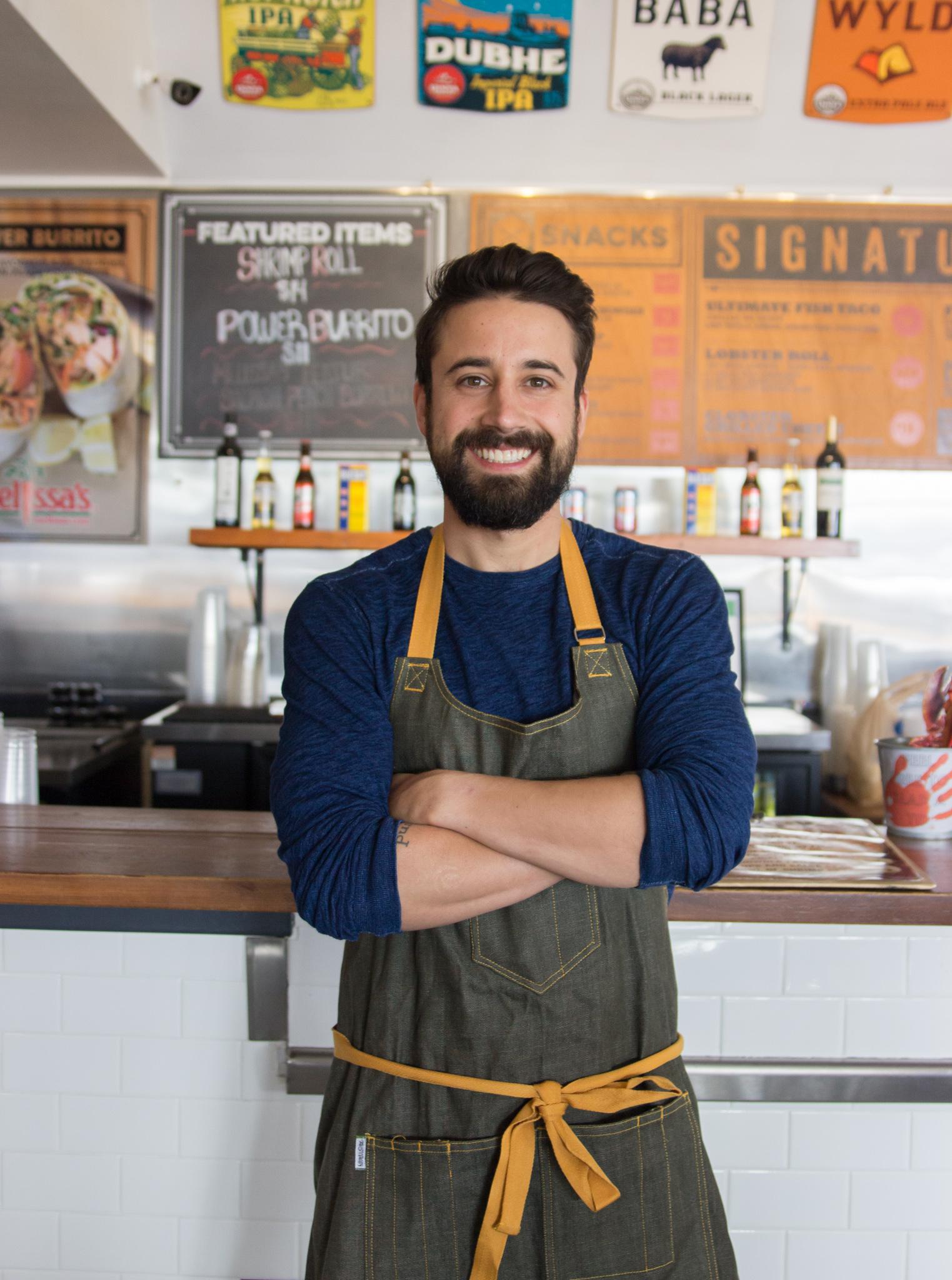 Andrew Gruel, 36, is the chef/owner of Slapfish, a chain of fast casual seafood restaurants based in Huntington Beach, CA. The menu features fish tacos and sandwiches made with fish from local fisheries and international purveyors certified by an environmental group that polices foreign stocks. From a single food truck in 2011, Gruel has built a franchise with six locations in southern California and system-wide revenue of $8 million. In 2014, before he sold the first U.S. franchise, a company in Dubai contracted to open 75 Slapfish restaurants in the Middle East, but the deal fell apart and Gruel had to regroup. Next year he’s planning to franchise 20 locations. In this interview, which has been edited and condensed, he talks about dropping out of college, working in a fishery preservation non-profit, and why the Bahrain deal fell through.